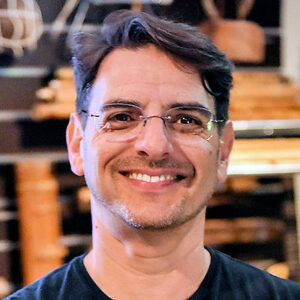 Session: Yoram Gross had 3 lives. Poland, through the War which ended when he was 19, Israel where he began his professional life, and Australia where he raised a family, and excelled at making internationally acclaimed Childrens’ animated movies.
Guy, the son of Yoram, will share personal stories, professional anecdotes and try to dig into motivations and mind of his late father.

Bio: Guy Gross is an Australian film and television composer. He is known most for writing the award-winning music for the Australian science fiction series Farscape and the international hit film The Adventures of Priscilla, Queen of the Desert. He also composed for the animated television series Blinky Bill and Dumb Bunnies. He has 76 credits as screen composer.